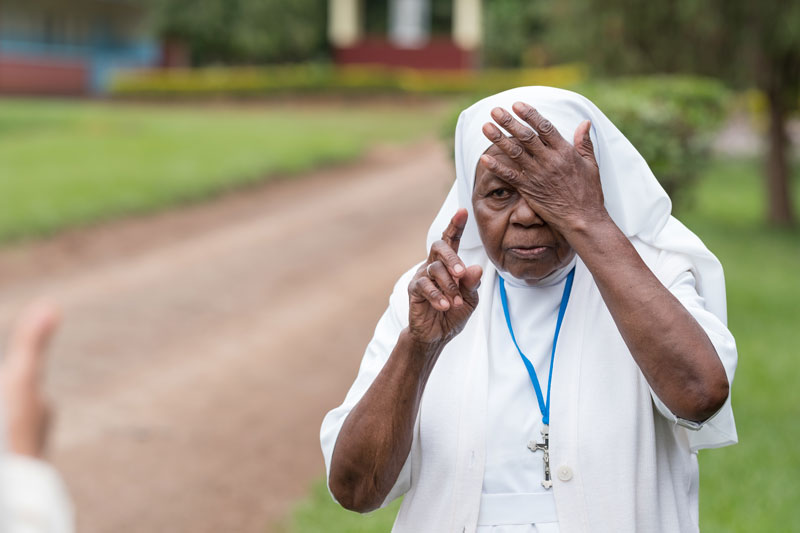 Sister Liliosa has served as a nun for the last 58 years, looking after people on the very edge of society and who are unable to care for themselves. In 1985 she realised that something was wrong with her eyes as her sight began to deteriorate.

It wasn’t until 2011, when she visited a CBM partner hospital in Tanzania, that she was told she had Glaucoma in both of her eyes. Glaucoma is stealing the sight of millions of people around the world. Many people do not know they have it – until it is too late.

Four years ago, Sister Liliosa was offered a treatment Selective Laser Trabeculoplasty (SLT), a surgery that has been used in the UK and other countries for several years, but this is the first time it is being trialled in Sub-Saharan Africa.

Sister Liliosa has been responding well to the treatment and she can now see much better than before. Well enough, even, to read her beloved bible. 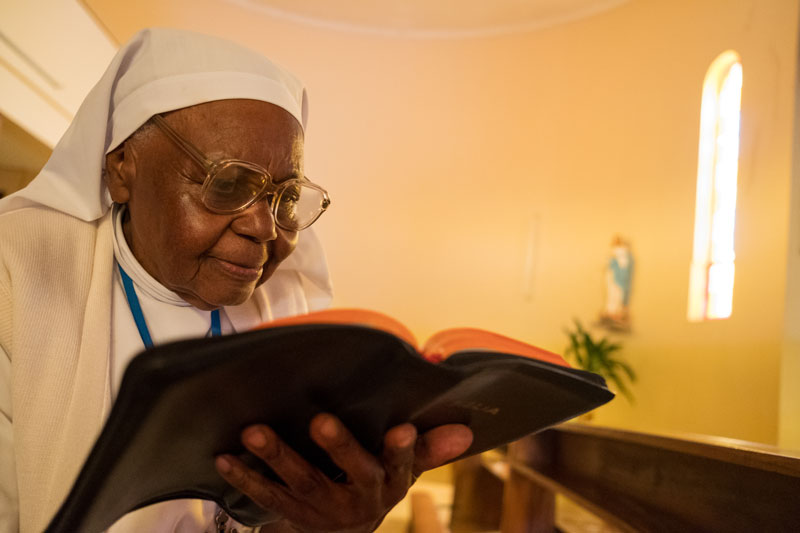 By making a donation today, you can help people like Sister Liliosa to access live-changing treatment, protecting eyesight for years to come.

Your gift will help us to protect the sight of people with glaucoma; many of whom cannot afford the cost of travel or treatment

How will your donation be used?

Your generosity will mean that we can: