Three-year-old Shakulu loves to play and explore but when he started losing his sight because of cataracts, he struggled to get around. His mother had to watch him constantly, fearing he would fall or burn himself in the kitchen fire. Unable to afford the sight-restoring cataract surgery that Shakulu needed, his family were desperately worried about their little boy’s future… until they heard about CBM’s partner hospital.

Three-year-old Shakulu lives in a small village in Uganda, East Africa. His parents have a small plot of land where they grow crops, but there is barely enough for the family, let alone to sell for an income.

Meet Shakulu and his family in this short film:

When Shakulu was just five months old, his parents noticed white spots in his eyes, so they took him to the local hospital. Doctors told them that he had cataracts in both eyes. Without surgery, he would become permanently blind. 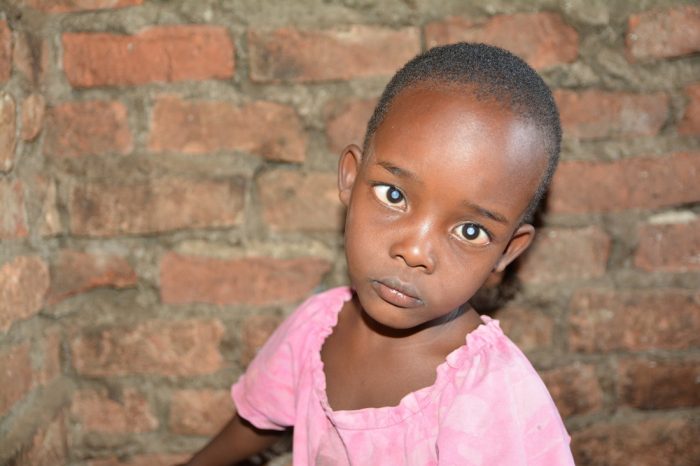 Shakulu’s eyes grew steadily worse from the ages of one to three. He wasn’t able to learn to draw like other children his age, as he couldn’t see the paper in front of him. Because of his blindness, Shakulu was sometimes bullied and beaten by other children in the village. He could not see well enough to protect himself and his mother had to constantly keep an eye on him, to make sure he didn’t fall and hurt himself.

His parents desperately wanted to help their son, but they could not afford to pay for the operation he needed to restore his sight.

In this film, Shakulu's mother, Zaitun, talks about her fears for her son and the daily challenges they faced:

Sight-saving surgery out of reach

Cataracts can be removed with a simple operation, but, for Shakulu’s parents, the cost was far beyond their means.

Zaitun feared that her son would never get the surgery he needed and would be permanently blind. But then she heard that CBM’s partner hospital could treat children like Shakulu for free.

Thanks to CBM supporters, Shakulu was given access to free cataract surgery at the CBM-supported Mengo Eye Department, as well as travel to and from the hospital with his mother, Zaitun.

The day after Shakulu’s surgery, a nurse gently removed the patches from his eyes. Zaitun took Shakulu outside and, slowly, but surely, he began walking around and touching things.

One week later, Doctor Lisbon Aliraki was happy with the process he was making:

“When Shakulu first came here, his eyes could only perceive light, but just a week later he can follow objects.”

Five months on, Shakulu can walk independently, in unfamiliar places. He no longer has to be led by his mother. Zaitun is overjoyed with the progress he has made: 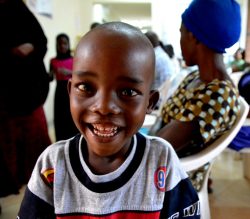 “I feel so happy that all I wished for my son will now come to pass because in my view, he can see. He can play with others. His siblings, father and grandparents are so happy. The father says he has nothing to give you, but that God should give you blessings, many blessings,”

Shakulu’s vision is far from perfect but he has been given glasses to wear so that he can see objects up close as well as far away. The future is much brighter for him now he has access to an education. 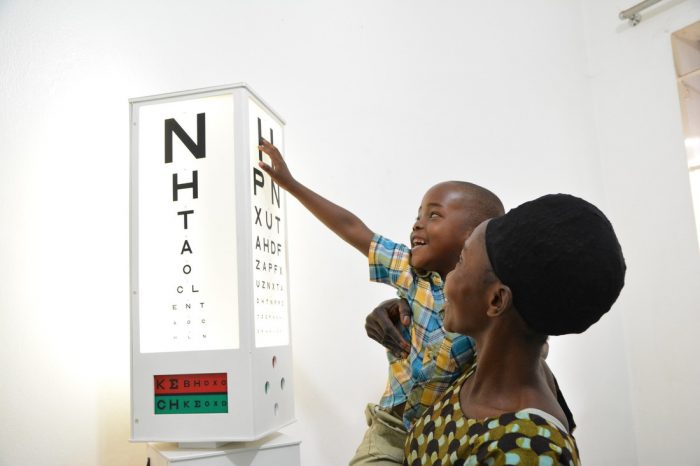