Meet our Board of Trustees

CBM UK relies on the counsel of our board members, who come from a range of backgrounds and who share our mission to break the cycle for people with disabilities in some of the world’s poorest communities.

The Board of Trustees is responsible for CBM UK’s overall performance, providing strategic direction and leadership on behalf of our members and supporters across the UK. 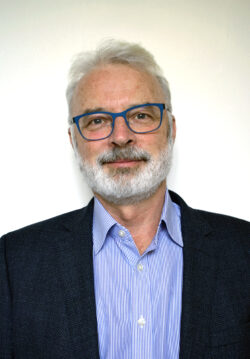 Robert McCorquodale is  Professor of International Law and Human Rights at the University of Nottingham. He also works as a barrister in London and is founder and Principal of Inclusive Law, a consultancy working with communities, civil society, corporations, international organisations and governments around the world on business and human rights issues.

Robert joined CBM's Board after witnessing through his work how the voices and needs of people with disabilities are routinely neglected or overlooked. He joined the Board of CBM UK in December 2018 and became its Chair in May 2019. 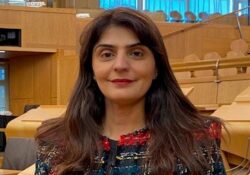 Pam has built up a wealth of knowledge and experience over thirty years across public, private and voluntary sectors, working on economic development, inward investment, business, cultural, legal, and regulatory policies both in Scotland and England. Pam’s work has been instrumental in supporting businesses and delivering significant inward investment projects; retaining and creating thousands of jobs.

From her early teenage years, she learned the value of entrepreneurship from her late father and understands the importance of creating an environment that allows ambition and aspiration to thrive. Pam believes that you should never stop learning; and therefore, places great importance on furthering her own education. She has completed a BA in Consumer Law, MBA and is currently finishing her PhD.

Pam is a great advocate for supporting women and won the 2015 Women Leaders Business Award and 2018 Public Service Award. She works with many charities, both local and national, and provides volunteer time mentoring individuals from the BAME community. 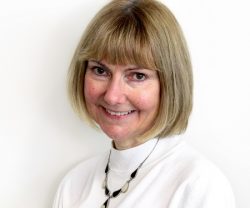 Following graduation from York University, Mary has worked with people with disabilities throughout her career in both the statutory and voluntary sectors. Having worked as an Assistant Director of Commissioning Children’s Social Services in a London Borough; Mary then went onto be Chief Executive of Livability for eight years, a national charity which offers a wide range of social care and educational provision. Following this , she was Chief Executive of one of London’s Teaching Hospital’s NHS grant giving charity.

Since stepping down from her CEO roles, Mary has taken on several charity and health board positions, including serving a three year term as a Non- Executive Director of a Community Health Care Service. She was appointed as a Trustee of CBM in 2017. 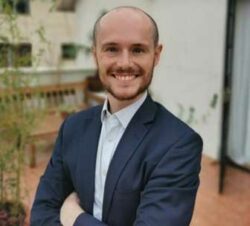 James read Philosophy, Politics and Economics at Oxford University before spending 10 years (and counting) in the international development sector. He currently lives in Kenya working as Save the Children’s Director of Innovation and Impact Investing. His work means he often sees first-hand the impact of organisations like CBM UK and the life changing impact they have. This motivates him in his role as a trustee and in his work on our Programmes Committee.

James is a serving army reserves officer, a qualified skydiver and fervent real ale enthusiast! He has been a CBM UK Trustee since November 2017. 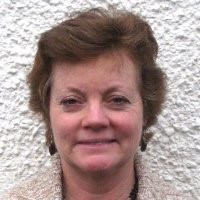 Kit graduated from Durham University in English Language and Literature and then did a PGCE in Teaching English as a Foreign Language from the London Institute of Education. She used her TEFL qualification as a passport to living and working overseas, including in eSwatini, Tanzania, Malaysia, Kazakhstan and Russia.

Kit later diversified into university lecturing, broadcasting, script writing, editing, research, and international development through charities. International development and intercultural communication remain her two prime interests. She currently facilitates workshops developing intercultural awareness and competencies for the University of Warwick and chairs a charity linking her hometown to Uyogo, a community in Tanzania. Her Christian faith - "What would Jesus do?" - inspires her to work towards fairer distribution of opportunities for people wherever in the world they are born. Kit was appointed as a trustee for CBM UK in May 2018 following their merger with BasicNeeds, where she had previously worked. 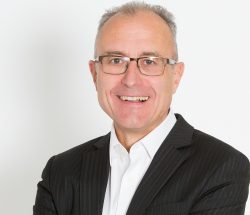 Rob graduated with a law degree from University College London in 1983 and qualified as a solicitor at Greenwoods in 1986.  He has spent his career as an employment lawyer before becoming Greenwoods’ Managing Partner in 2009.

Rob led Greenwoods on its merger in 2018 with central London firm, GRM Law, to create Greenwoods GRM where Rob is now Managing Partner.  Rob is passionate about leadership and the firm’s values of respect, excellence, freedom and fun.

Rob worships at St Peter’s Church, Oundle.  He is a keen runner and avid fan of Peterborough United.  Rob became a Trustee of CBM UK in 2019. 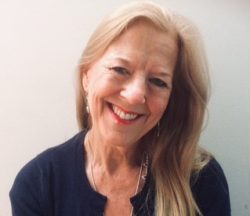 Gill initially qualified as a nurse and midwife. Her early experience includes working as a midwife in an Eastern Sudanese refugee camp, following the1983-5 Ethiopian famine. Following her Masters Degree, Gill held several senior management positions in the NHS.

In 2000 Gill established a management consultancy company to develop a portfolio of NHS and health sector reform work. She has since worked in Africa, Asia and South America in addition to the NHS.

Throughout her career, Gill has held positions as charitable trustee including currently as a PCC member of St Mark’s Church, Cambridge. She is passionate about  ensuring that sustainable solutions are identified to improve outcomes for service users, engage staff and provide greater focus.  She became a CBM UK Trustee in January 2019. 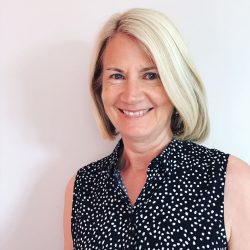 Elizabeth is an experienced educator. She worked as a headteacher to implement and manage effective change, successfully restructured an independent special school, and mentored school leaders in Rwanda through the British Schools Council.

She acts as an advocate for people with disabilities and provides them with a voice. She has represented clients in various professional arenas, won cases at tribunals and taken part in the national Disability Rights Campaign.

Charity work includes training with the British Red Cross and providing tribunal helpline support to parents and carers as a volunteer caseworker with IPSEA (Independent Provider of Special Education Advice). Elizabeth has been a CBM UK Trustee since January 2019. 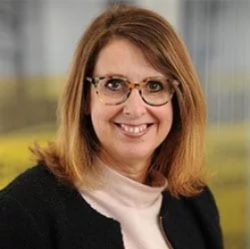 Jayne trained as an accountant with a small firm in Hertford, before joining Deloitte in 1999. She worked with a wide range of corporate and charity organisations before deciding to specialise in the charity and not for profit sector.

Jayne currently acts as specialist adviser to charity and not for profit organisations of all sizes, as Partner at PEM. She is passionate about working with charities, finding it both inspiring and rewarding.

In her spare time, Jayne loves travelling and exploring the world. She became a CBM UK Trustee in 2020. 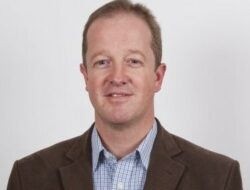 Tom has a background in international development, healthcare management and charitable sector leadership, with significant experience as a management consultant specialising in leadership development and organisational change. Since completing a Master’s degree in Development Studies at the University of Cambridge, Tom has expanded on this academic knowledge of development issues with an applied knowledge through work in India, Tajikistan and Mozambique.

He also works with executive and management teams in a wide range of organisations to improve the effectiveness of their working relationships and management processes.

Tom has been actively involved for two decades in Citychurch Cambridge. He is married to Hanna, who is an Occupational Therapist with specialist skills in community-based rehabilitation and autism.  They have four children.  In his spare time he enjoys hiking, tennis, golf and music. He has been a CBM UK Trustee since February 2021. 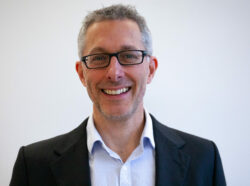 Graham has over 25 years’ experience working on global justice and development issues for a variety of faith-based organisations, including Tearfund and Paz y Esperanza, a local human rights organisation in Peru working on peace and reconciliation and Indigenous Peoples’ rights. He is passionate about the role the church can play in transforming the lives of individuals and communities, and in challenging unjust systems and structures that keep people in poverty and perpetuate inequality.

Graham is currently the Head of Public Policy for CAFOD – the Catholic Agency for Overseas Development in England and Wales. He was appointed a CBM UK trustee in July 2021. 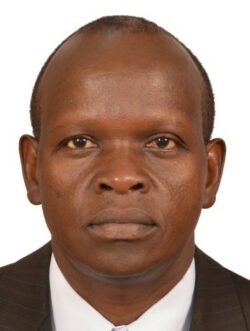 Simon has over 18 years’ experience in senior leadership positions in the microfinance and humanitarian sectors. He has a track record of visionary, innovative and transformative leadership, with expertise in strategy formulation and implementation, business modelling, financial analysis, research and training. He has a PhD in Entrepreneurship (Social) from Jomo Kenyatta University of Agriculture and Technology, an MBA from Kenya Methodist University, and is a practicing Certified Public Accountant and Certified Secretary.

Simon is currently the Managing Partner of Maina Waithaka & Associates, an Audit and Consultancy firm based in Nairobi, Kenya, and serves as an Auditor for the Geneva based Humanitarian Quality Assurance Initiative (HQAI). Simon became a CBM UK Trustee in July 2021. 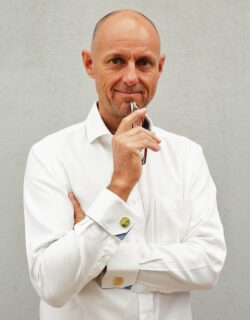 Antonio brings over 25 years’ experience in the international development and humanitarian sector, including 15 years working at a senior management level for agencies of the United Nations across Africa, Asia, the Pacific and the Middle East.

Born and raised in South Africa, Antonio is now based in Cape Town, where he works as a consultant, leading evaluations, designing research studies, managing projects and facilitating capacity-strengthening programmes for international donors, national governments, UN agencies and Non-Governmental Organisations (NGO), Antonio holds an adjunct faculty position within the Department of Organization Studies at Tilburg University in the Netherlands. He has a degree in Agroecology and the Liberal Arts from Prescott College in Arizona, USA.

Antonio initially joined CBM UK’s Programmes Committee in January 2016 and was subsequently appointed to the Board of Trustees in February 2022.